Discover the labels
The “Saltaro” was a guard elected by the village of Mezzo’s administrators to supervise the vineyards and safeguard them from theft and vandalism.
He would wear a dazzling and colourful uniform which attracted visitors travelling to those areas. The figure of the “saltaro” guard was one of the most characteristic and ancient figures belonging to rural communities. As people in charge of the surveillance of the most important assets of the economy, such as cultivated lands and vineyards, these “saltari” were highly esteemed by the whole community. 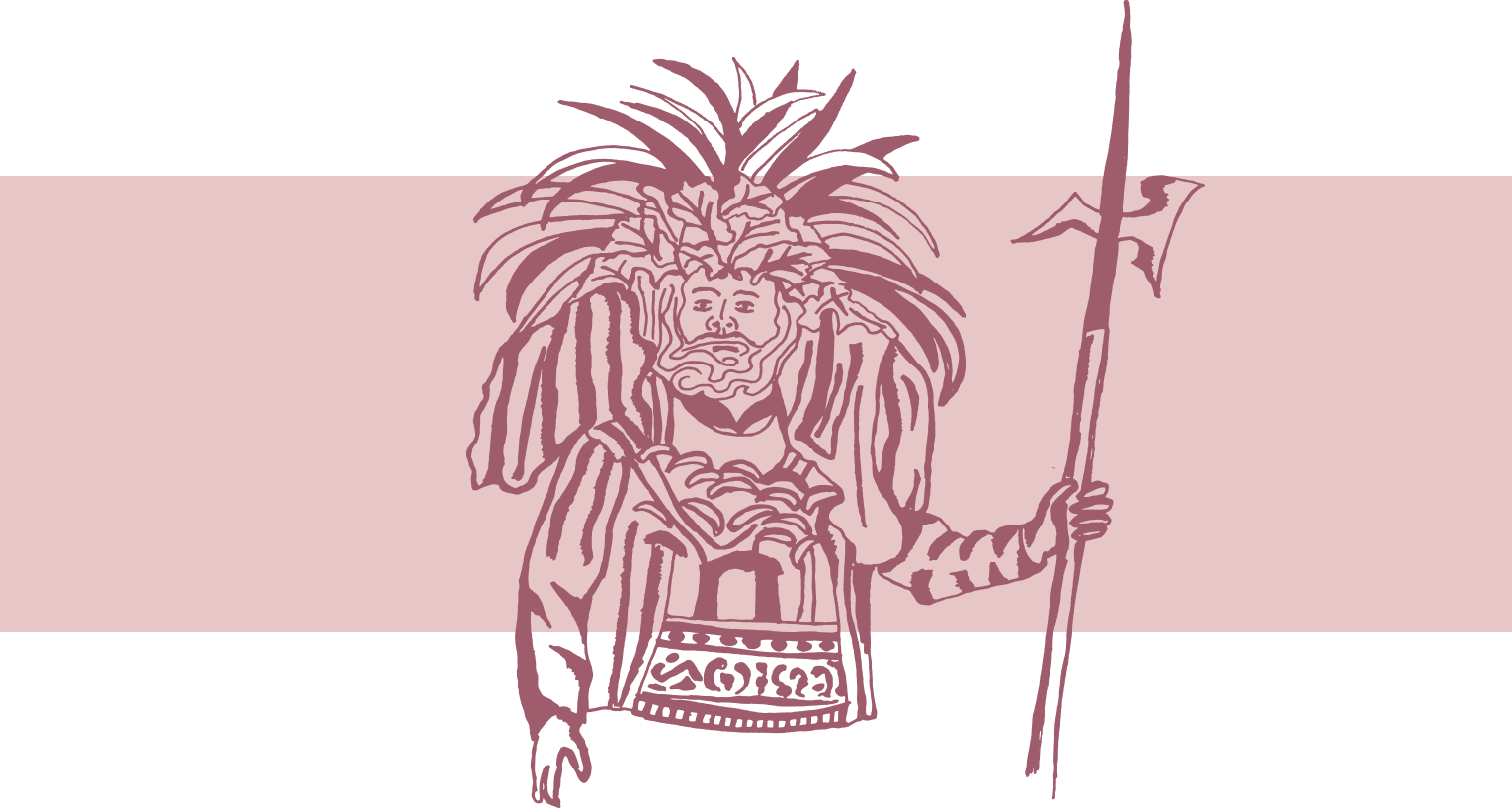 They had to be well suited to carrying out this difficult job organised around shifts including nightwatches in order to prevent thefts in the countryside.

All “saltari” were elected during a public assembly in the community. Depending on the year, the “saltners” were appointed on St. James' Day (July 25) or St. Lawrence's Day (August 10) when the rules were read out to them before being sworn in.

The Saltners were armed with a curved billhook or billhook with a pointed end (halberd). On August 15 they celebrated their feast day, which fell on the same day as the patron feast of Assumption Day: in accordance with ancient custom, they were allowed to come to church armed with halberds and dressed in their beautiful costumes.
Discover Teroldego

The people living in the village of Mezzo press the grapes using ancient tools from traditional cultivation methods of the region.

Here, the Pergola is portrayed with its ancient and enchanting structure. It is written that as far back as the thirteenth century viticulture in Mezzocorona was already well established and wine was at the base of its economy. We can gain information about the income of Mezzo from the meticulous accounts kept by the Tyrolean Chamber, including those related to the rents of vineyards. Wine became the backbone of their economy.

Originally being an economy based on taverns and town markets it then branched out and spread, moving towards more distant destinations. Wine is now found towards the North, gaining the lands of Austria and Germany.
In order to make a good wine, a good method for cultivation is required and the pergola has become the prominent way. Its main structure can be traced back to Roman origins although changes and improvements over time have led it to become what is now called the “Pergola Trentina”.
Discover Chardonnay
Saint Urban was the protector of grape-growers and vintners.

The inhabitants of Mezzo were extremely devoted to him and portrayed him in many paintings and sculptures. May 19th was the day for his sacred celebration in the main village church, followed by a procession where the people of Mezzo would rejoice by dancing and drinking the wine blessed by this Saint.

In Mezzocorona on May 19th a sacred church service in honour of Saint Urban would be held, venerated in the village as the protector of wine growers and patron saint of the cooper’s guild. After the church service and procession with the statue of this saint, this guild would go to the tavern dressed all in white with a garland of ivy on their heads: "Like God Bacchus and in the manner of Bacchae".

They would go around the village drinking and offering wine and musicians would accompany them for a typical dance.
In Mezzocorona, on the first Sunday after Easter, the parish priest was obliged to provide the pilgrims, who went to venerate his wooden statue in the castle chapel, with four jars of wine (about 3 hectoliters). During fermentation, even the cellar keepers would perform special rituals to keep away the “monster” of the cellar, known in dialect as the “simia”, which was the vapour given off during the fermentation of the must.
Discover Pinot Grigio
A good vine was extremely precious to the village of Mezzo;

it was often illustrated in large drawings to show how important it was to its growers. Not only would its wine be offered during church mass,  it would also be used as an offering to save one’s soul.

The practice of viticulture in Trentino and Alto Adige is already recorded in many documents dating back to the early Middle Ages. Just how valuable a good vineyard was is shown by the fact that it was exchanged for things as valuable as the good of one's soul or a worthy burial. Numerous donations to the monasteries are evidence of this.
It is well known that vine, bunch and wine have a very strong symbolic meaning in the Bible.
Wine, together with bread, is part of the most sacred offerings and in Christian religion both are used for the Eucharist. Christ is the life-giving vine, he is the harvester and at the same time the grape.
The Fathers of the Church, in particular St. Augustine, adopted the image of the mystical press: it becomes the source of life from which flows the wine of joy.
Discover Riesling X Sylvaner
Harvest time in Mezzo was greatly important within the family and from a religious point of view.

Specific traditions and actions were carried out manually from dawn to dusk and influenced by religious beliefs.  Men and women would be appropriately dressed in folkloristic costumes to show their respect for such an important task.

During harvesting, the pickers would cut the bunches of grapes with a special “roncoletta”( billhook) into the typical harvesting recipients, originally made of wood and then of tin. Once fully loaded with grapes, these recipients, which can hold about 50 litres, were carried on the shoulder to the wagon and emptied into the vat.

If the grapes were not immediately transported to the cellar to be pressed, they were pressed by foot in the countryside. The crushed grapes were then transported to the winery either by means of vats or by means of a long barrel placed on the sides of the cart. Since wagons had wooden wheels, they could only be used for road transportation, so the grapes had to be carried from the vines in panniers on the shoulders.

Warning!
For a complete experience please rotate your device vertically.
Thanks!